Repair and Service Center - Next Generation

Dear friends of the R.U.S.Z!

After 30 years of intensive lobbying for resource conservation, I am pleased to now be able to reap the fruits of my sowing.

During the first 10 years as a work-integrative company, I was able to position the R.U.S.Z as an EU repair innovator. Even after the subsequent, not entirely voluntary, privatization, the R.U.S.Z has always been a shining beacon with regard to the ecological and social dimensions of sustainability. The economic success of the last few years has also been helped by the Wiener Reparaturbon, which since 21.9.2020 has made a contribution to compensating for the existing market failure that has disadvantaged reputable repair service providers for the longest time. The "cheap" throwaway devices will no longer exist anyway - also due to our EU-wide commitment - from 2025.

Now we start our social franchising system to multiply this success and to offer our services to other consumers in the D-A-CH region. From now on, R.U.S.Z offers its successful business concept for repair services and re-use to interested franchise partners for use in new locations. We want to promote - first in Austria and then in the D-A-CH region - the repair and reuse of electrical and electronic equipment with our proven eco-social franchise system and at the same time support new, sustainable businesses and jobs.

According to an EU-wide survey, 77% of Europeans would make an effort to have broken appliances repaired instead of buying new ones (Flash Eurobarometer 388, 2014). The most recent consumer surveys conducted in the context of our PROMPT-Project on the development of independent testing methods against premature obsolescence, on the other hand, show a shocking picture of the repair behavior of Europeans: only 30% of European households have e-appliances repaired and of these, 50% are dissatisfied with the repair.

The main reason for this is that there is no sufficient supply of reputable repair services. We want to change that now! With our eco-social franchising system we offer interested parties to build up the missing serious repair infrastructure together with us as franchise partners - first in the D-A-CH region, then in the entire EU - and to profit from it. In some Austrian provinces there is already a repair subsidy for consumers, which compensates the existing market failure until a socially balanced, ecological tax reform.

New franchise partners will help to set up repair networks at their locations based on the model of the Reparaturnetzwerk Wien (Repair Network Vienna) We have carefully developed and tested our R.U.S.Z franchising system over the last few years. Now a turnkey concept is available. An initial information for interested parties will be available soon on our newly designed website www.rusz.at I am looking forward to a tsunami of contacts from qualified interested parties from the D-A-CH region 😉 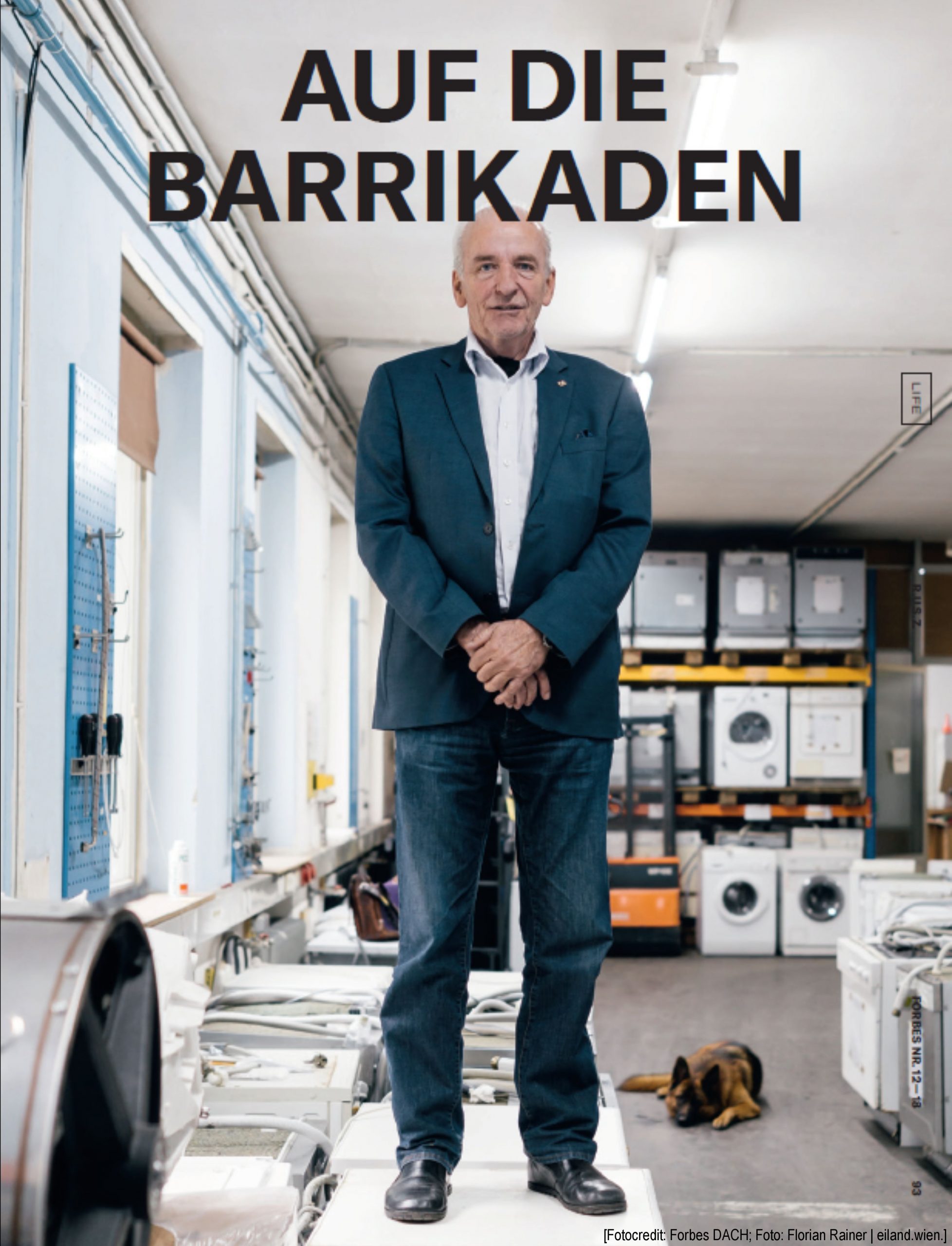 R.U.S.Z und RepaNet begrüßen die ambitionierte Strategie für Kreislaufwirtschaft (KLW) der Bundesregierung. Re-Use und Reparatur...
Read More
The R.U.S.Z. is becoming an international beacon project in the field of repair/reuse and its know-how is internationally...
Read More
Summer interview with Managing Director Sepp Eisenriegler about the repair bonus, our R.U.S.Z projects and the contribution of repair...
Read More
A right to repair requires durable and repairable products, useful information for consumers and affordable...
Read More
The nationwide repair bonus starts on April 26, 2022 at www.reparaturbonus.at ! Funding is provided for 50 percent of the...
Read More
The first run of the ReSeTech education program has been successfully completed. We are working on a continuation and...
Read More
With the car pharmacy exchange action our joint civil society aid action for Ukraine comes to an end...
Read More
Already, 3.6 billion people worldwide are at high risk. The window of opportunity for effective action...
Read More
A draft for the Austrian circular economy strategy is available. The R.U.S.Z is involved as a stakeholder in the development process of...
Read More
Since the end of September, BFI and R.U.S.Z have been jointly training repair specialists. The pilot project is intended to set the course...
Read More

English
English Deutsch (Österreich)
The Viennese Repair Coupon takes a break until March 2021A Right to Repair for Europe
Zum Ändern Ihrer Datenschutzeinstellung, z.B. Erteilung oder Widerruf von Einwilligungen, klicken Sie hier: Einstellungen