Already, 3.6 billion people worldwide are at high risk. The window of opportunity for effective action is closing. The increase in weather and climate extremes has already caused some irreversible consequences. 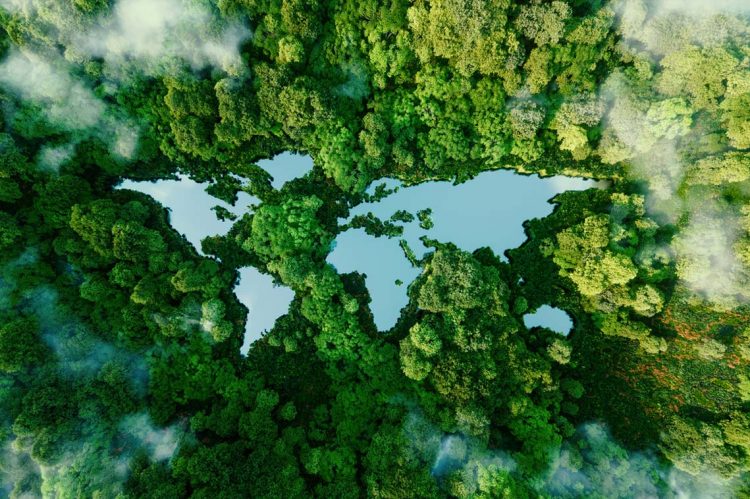 What is the IPCC?

The IPCC (Intergovernmental Panel on Climate Change) is more than thirty years old and a unique project in the history of science: Thousands of researchers come together every few years to jointly (voluntarily!) write a report on the state of knowledge in their field. All working documents are published free of charge on the Internet.

The previous progress reports were published in 1990, 1995, 2001, 2007 and 2013/14. As the first part of the 6th Assessment Report, the report of Working Group I was presented in August 2021, representing the current state of scientific knowledge.

On February 28, 2022, Working Group II presented its new status report. It includes "Consequences, Adaptation and Vulnerabilities," which are covered in this article. The third part (coping with climate change) is scheduled to appear before the end of 2022.

Results of the 6th report of the IPCC

The IPCC has identified 127 key risks, including increased heat deaths, increased damage from flooding, and reduced habitability in certain regions. The report makes it clear once again that we will have to live with drastic risks on many levels of human life if we do not limit global warming.

Fires, floods and other extreme weather events: The consequences of global warming are clear to see. According to the Intergovernmental Panel on Climate Change, the timeframe for turning the tide is limited. According to marine biologist and IPCC member Hans-Otto Pörtner, the world is in the crucial decade for dealing with climate change. The accumulated scientific evidence is clear: climate change is a threat to human welfare and the health of the planet.

There is now a consensus in the scientific community that sea-level rise and weather and climate extremes will force more people to leave their homes "in the medium to long term." Against the backdrop of advancing climate change, there is thus no doubt that climate-related displacement will increase.

The report shows for the first time how climate change impacts will affect each other in many ways. Lower crop yields in tropical regions, exacerbated by heat-induced lower labor productivity of rural populations, will lead to higher food prices and health risks from malnutrition.

People with little economic leeway often live in a particularly degraded environment that continues to be strongly affected by climate change. This has implications for the adaptation options of certain groups, because these are very unequally distributed. Above all, this is also a question of distributive justice.

Some action on climate change has been taken globally, but current efforts are far from sufficient to address existing climate change impacts and future risks. 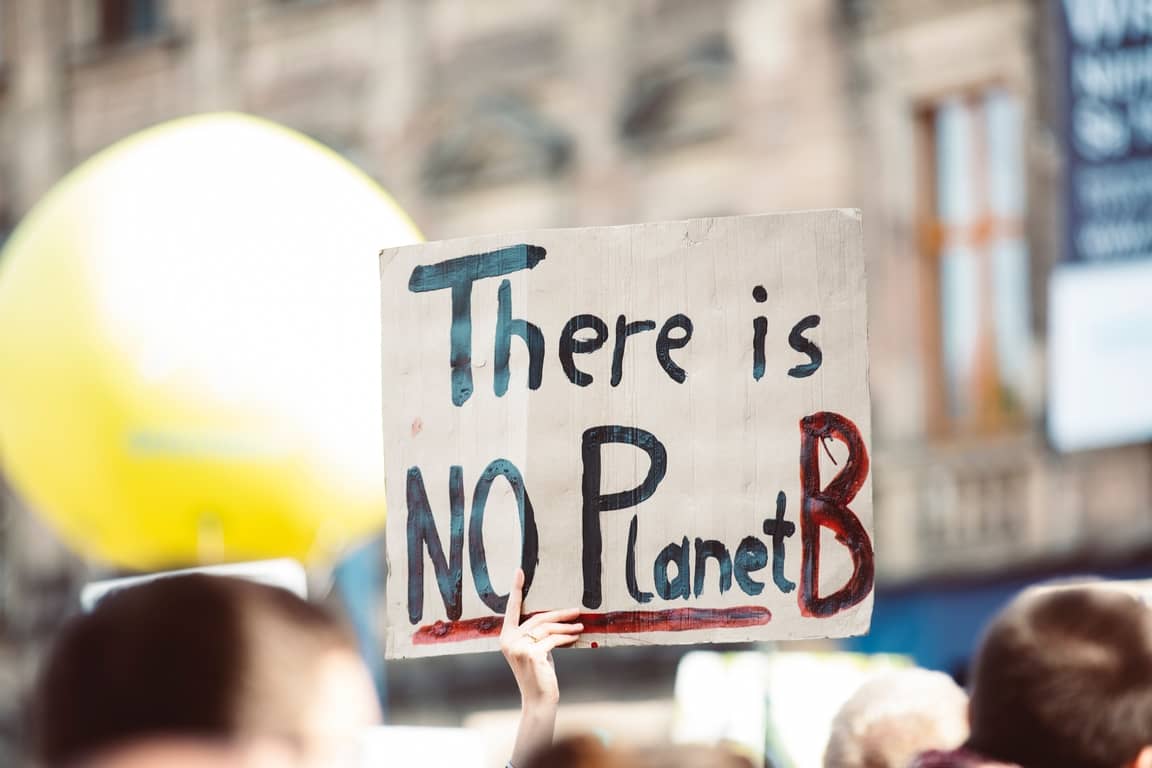 UN Secretary-General António Guterres accused the international community of still not taking the climate crisis seriously enough. "This abdication of leadership is criminal," Guterres declared. The world's largest emitters of greenhouse gases were "guilty of arson against our only home." It is now urgent to put policies in place to massively curb greenhouse gas emissions to avert danger to life and limb as much as is still possible.

Scientists are also convinced that lifestyle changes are necessary: less meat consumption, for example, because grazing requires huge areas of agricultural land and often involves clearing forests that could absorb climate-damaging CO2. Or also: cycling instead of driving a car, taking the train instead of flying, or using products for longer (repairing instead of throwing away!). Waste can best be avoided by conscious shopping, for which there are various strategies, as the consumption pyramid tells.

It is a fact that adaptation and mitigation of climate change are significantly cheaper for the world than the consequences of the climate crisis.

Fact sheet – Effects of climate change and risks in Europe

The IPCC report analyzes the impacts and risks of climate change for all continents. Europe is facing a historic challenge and will have to deal with these risks in particular in the coming decades:

The climate catastrophe has deep impacts on ecosystems, biodiversity and on multiple impact pathways such as nutrition, health and a growing social crisis anxiety. Thus, the current climate warming also has a mental impact: Especially with regard to 'psychosocial' effects, it is concretely shown that the climate crisis will have a strong negative impact on mental health - worldwide and especially among vulnerable groups such as children, adolescents, but also the elderly and the previously ill. So-called climate anxiety is already found among many young people worldwide and a main goal must be that this completely rational psychological reaction finally leads politicians worldwide to radical action and rethinking in the direction of a society and economy suitable for grandchildren!

Global warming, which will already reach 1.5 °C in the near future, will lead to an unavoidable increase in several climate hazards and cause a variety of risks for ecosystems and people. The level of risk to this will depend on the near-term actions taken on vulnerability, exposure, socioeconomic factors, and adaptation to climate change. Short-term climate change mitigation pathways that limit global warming to about 1.5°C would substantially reduce, but not completely eliminate, projected climate change-related loss and damage compared to more severe warming.

The IPCC report contains 18 chapters on more than 3000 pages and is published in three parts approximately every 6 years. The topics of these 18 chapters overlap to a large extent also with the sustainability goals of the United Nations (poverty, clean water, health etc), but also with biodiversity, small islands, the five continents, key risks, oceans and some more. Below we have listed further links to the detailed report, to all 18 chapters, but also to the IPCC press conference.

R.U.S.Z und RepaNet begrüßen die ambitionierte Strategie für Kreislaufwirtschaft (KLW) der Bundesregierung. Re-Use und Reparatur...
Read More
The R.U.S.Z. is becoming an international beacon project in the field of repair/reuse and its know-how is internationally...
Read More
Summer interview with Managing Director Sepp Eisenriegler about the repair bonus, our R.U.S.Z projects and the contribution of repair...
Read More
A right to repair requires durable and repairable products, useful information for consumers and affordable...
Read More
The nationwide repair bonus starts on April 26, 2022 at www.reparaturbonus.at ! Funding is provided for 50 percent of the...
Read More
The first run of the ReSeTech education program has been successfully completed. We are working on a continuation and...
Read More
With the car pharmacy exchange action our joint civil society aid action for Ukraine comes to an end...
Read More
A draft for the Austrian circular economy strategy is available. The R.U.S.Z is involved as a stakeholder in the development process of...
Read More
Since the end of September, BFI and R.U.S.Z have been jointly training repair specialists. The pilot project is intended to set the course...
Read More
A summer interview with R.U.S.Z Managing Director Sepp Eisenriegler about repair bonuses and the quality assurance of reputable repair services and much more...
Read More

English
English Deutsch (Österreich)
On Austria's Circular Economy StrategyAid campaign for Ukraine
Zum Ändern Ihrer Datenschutzeinstellung, z.B. Erteilung oder Widerruf von Einwilligungen, klicken Sie hier: Einstellungen